You are here: Home / Production / The Multiplication Effect

Taking the leap into owning a business can be scary, but creating a business that is greater than the sum of its parts is truly extraordinary. It has been said that if you never build a business that can continue operating without you, then you own of job, not a business. Creating a small business that operates at a profit, and is not simply one guy (or gal) wearing all the hats can be a challenge.

You have no doubt heard about the idea of leveraging your money. This is where you have collateral and some money; you then borrow more money to produce more outcome or profits. Well, the same is true when building a company and hiring employees. If you hire other people, teach them what to do, what you don’t want them to do, you can then duplicate or multiply your results and produce more income. It can be scary to hire employees. If you put systems in place, you can create a cash machine that will grow with or without you. Now that sounds awesome.

I have always wondered why so many business owners were so averse to afraid to hiring employees. Maybe they don’t want to pay the payroll or they think they’ll steal, be lazy or take their customers. Maybe it’s just the liability of it all. Yes all of this can happen, but with good leadership, proper training of a good system, a team of people can accomplish far more than just one person. In fact, there are certain things in business that others could do better than you could ever do. I know in my business, the more I specialize and do what I am good at and find others to do the tasks that I am not as good at, the business does better.

The problem most people have when hiring an employee is they usually don’t manage them once they hire them. Here is a typical scenario:

Jason runs a b 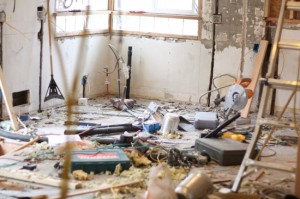 asement finishing company. He’s really good at pounding nails, and has created a highly reputable name in his community. He does such a good job that the phone is ringing off the hook. He can barely keep up with all the estimates and finish the basements. So, one day, Jason’s friend Steve loses his job and Jason feels sorry for him. Knowing he’s running behind on his current project he figures he could use some help. Steve is ecstatic to be working for Jason; he doesn’t have experience framing or general carpentry, but is willing to work hard and knows he’s a fast learner. When figuring out how much to pay Steve, Jason asks what he was making at his old job and Steve says $20/hr. plus benefits. Jason says he can’t offer him benefits, but could pay him $21/hr., feeling bad that he can’t replace the benefits.

The first week is great. The two friends love the opportunity to work together and talk over lunches. On week two, Jason feels he can start getting caught up on some of his biding and leaves Steve to work on his own. At the end of the week, Jason notices things are not getting done right. The jobsite has been left a mess and he needs to fix a few walls that were not built right. Jason figures this goes with the territory and fixes the problems, it will get better he thinks.

After a few more weeks, Steve starts coming to work a little late and actually misses a day to take his son to a ballgame – he figures his buddy will understand. Jason starts to figure out that Steve is not only causing more problems for him to fix, but also he’s costing Jason more money than he is earning. Due to Steve’s skill level, he should only be making about $11/hour but because Steve is his friend he doesn’t want to let him down.

Does this sound familiar to anyone?

Over and over I have heard versions of this in many different industries. The owner hires a friend paying him too much because he feels sorry for him, and doesn’t know how to teach and lead his new employee for success. Then the two friends usually part, not talking to each other for years. Unfortunately, the situations are compounded by the fact that the employee hired is a family member.

All of this can be avoided, and should be avoided. Hiring employees is an exciting growth step in any business, and the decision to do so should not be taken lightly. With proper planning, systems, and management, hiring employees is the best thing that could happen to any small business. It moves you closer to the ultimate goal: bigger profitability.
The problem most business owners have is they hire the wrong person for the job. They have not defined and or given direction on how to perform the job well, let alone the same way every time. The owners then think he’s hired an idiot, when in fact it is his fault in the first place. 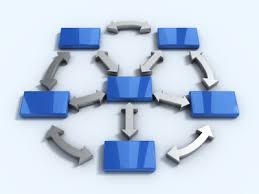 In order to hire someone for a low skilled job (and by low skilled I mean a position that doesn’t require an advanced degree to perform), you need to create systems and processes in your business. Once you have created those systems, and they are written down, then you can confidently look for the right individual, with the right skill set to perform that job. You can then hand off that hat, and move on to creating systems in other parts of your business.

Now that you have a system, you need to find the right person for the job.

Each week, we talk to successful business owners that have figured out how to leverage their time, add employees, build systems, and create a fantastic business.  Listen as Nick and Johnny tell the real stories and share them on Small Business Naked.

The Number ONE Objective – Profit