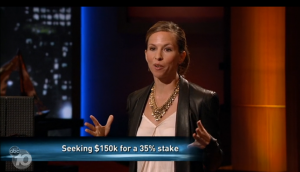 You would never imagine that this nice, and sweet lady would be so bold, but what may have landed her a spot on the hit TV show Shark Tank, was the idea to lead with, “We have fucking bubbles” as her headline or attention-getter in her application video that she sent in.  It was just enough to get the much needed attention she needed, and then to land a $150,000 investment from Mark Cuban. 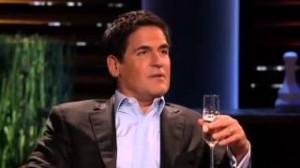 Jayla started a wine business based on her own needs and likes.  After noticing that others also wanted some of her concoction, she thought she might have found a business worth pursuing. Jayla was having a hard time keeping up with the big boys when she worked at Burton.  With the problem solved, she then had her jock guy friends asking for a her spritzer.  It was at that point that she knew she might just have something.

While Jayla did come from corporate America, she had been looking for just the right thing to go start.  She had attempted a few time, but nothing stuck.  Until this. 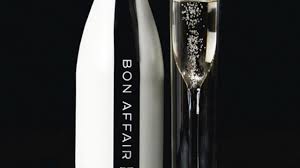 Jayla fought had in the tank, and even had received four NOs from the other sharks before getting the one yes that mattered. Mark Cuban stepped up, offered her exactly what she had asked for, and invested into Bon Affair, taking a 35% stake in the company.  She was just grateful for getting the opportunity, and now it is off to the races.  She knows that, that was just the beginning, and she is pressing hard to grow her company.  She is not in Costco, as Mr. Wonderful had suggested, but is selling in Whole Foods, and other retailers with plans to expand across the nation.

If you would like to try Bon Affair, Jayla can ship it to most states across the US.  Here is a link to the Shark Tank Special.  If you are interested in viewing Jayla on Shark Tank, I have posted the video down below.  For more information on Jayla and Bon Affair, go to their website at www.BonAffair.com

01:10 – Getting Naked Questions for Jayla

09:20 – Jayla shares the next morning experiences of drinking a bottle of her product and the others

11:49 – Jayla talks about what she learned from previous companies

17:43 – Jayla talks about her journey with Shark Tank

21:00 – Jayla talks about what it was like after the show aired

22:28 – Jayla talks about her experience during the show

23:35 – What advice Jayla followed from Mark

08 – What’s Up: Employees Dressing The Part